What does it take to become an elite hockey player? 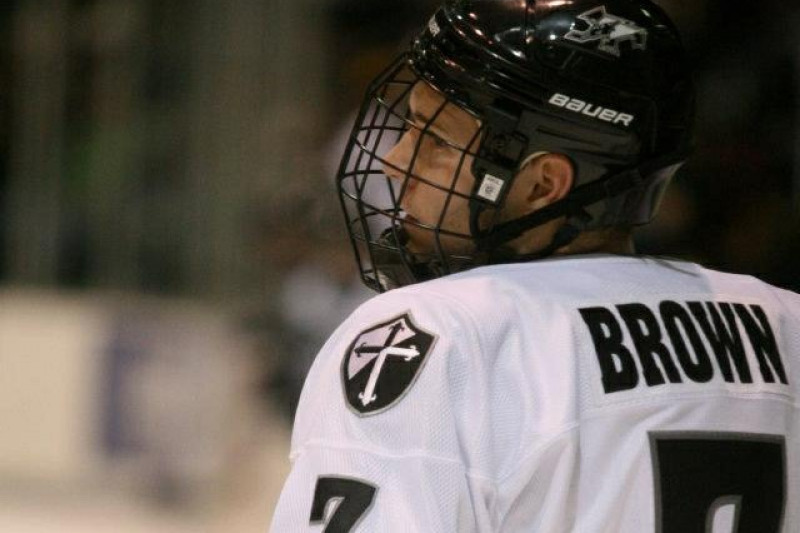 My Identity as an Elite Hockey Player

Ever since I was five years old, I told everyone I wanted to play hockey in the NHL. As a five-year-old, you do not recognize the early mornings, late nights and long days it takes to become an elite hockey player. When younger, the one hour practice and the two games a week is all your care in the world. You are good and you think nothing can stop you. Then you get older, people start growing taller and getting bigger. The only thing you start to worry about is size and strength. What began as a three hour a week hobby has now turned into a twenty hour a week job. Don’t get me wrong when I say ‘job’. You still play because you love it, but if you truly want to be good, it takes the extra effort. Hockey is different than many other sports in the aspect that most hockey teams travel all over the U.S. and may players much move away before they are out of high school to play at the next level. I had no idea of the responsibility, sacrifice and hard work it would take to become an elite hockey player.

Most kids move away before they are out of high school in order to get the best opportunities to go to the next level. With this comes responsibility. I had to move from Michigan to Connecticut after my junior year of high school in order to move closer to my goal of becoming a Division I hockey player. I had to become mature quicker than most of my friends, in order to be away from my family and friends at age sixteen. When you move away you have no one looking over your shoulder making sure you do the right things. I had to train, clean and make sure my homework got done without my mom or dad telling me to do something until I caved and got them done. I learned very quickly to get stuff done and not to procrastinate. When I would procrastinate, the next thing I knew it was the next day and I was one day behind training, homework, and laundry. OK, yeah homework I could make up or do quickly. Being a day late on laundry was no big deal, but when everyone around you is fighting for the same spot on the team and they are working out and getting better, there is no workout that is not important.

Growing up as a hockey player you do not realize how much you have to give up in order to be an elite player. Unlike most sports, hockey is a sport that is played all year round. You start in the fall and play until you hit spring. Spring season starts and that will run you back into your fall season again. The sacrifice is great to become an elite player. Many good players have to travel all over the United States and Canada in order to be recognized by College and junior programs. When you travel this makes you miss a lot of events you really wanted to go to but you can’t. I had to miss my junior prom and graduating with kids I grew up with because I had to move away in order to get to where I wanted to be.

To become an elite hockey player you must work hard everytime you step in the gym or on the ice. You cannot tell yourself that you will do something tomorrow because someone else looking for the same spot on a college team is working hard today and tomorrow. Every extra rep or drill will pay off in the long run. If you work hard the rewards will come and if you work hard you will play hard. The player with the best skill set when younger will be caught by the other players if he does not work hard. I have seen the most skilled players when at age twelve go nowhere because they did not put in the extra time and simply just did not work hard enough.

In conclusion, hockey is a sport filled with responsibility, sacrifice and hard work as a young player. Growing up in the hockey world is difficult because of the travel and having to move away from your friends. When your friends want you to go to an amusement park sometimes you have to say no in order to train. I would not change anything I have done because I love to play and it was worth all the hard work, sacrifice, and responsibility to me, to become a Division I hockey player. The game is so fun. When you are younger, that’s all that matters. When you grow older it becomes a lifestyle choice.

On May 1st, 2014 Drew was diagnosed with a rare form of bone cancer, Ewing Sarcoma.

Drew was a junior at Providence College when he suffered a hit to his left leg during a playoff hockey game. After a few weeks of ongoing pain in his leg, Drew was notified that the results of an MRI showed a suspicious tumor. Drew’s coach arranged for him to be sent home to receive care at the University of Michigan Hospital. The shocking diagnosis was Ewing Sarcoma Cancer, which was a 1 in a million chance and just…. unbelievable.

Over the next year, Drew received chemo and surgery on his femur to remove the tumor. That year had many ups and downs for Drew. Drew put his hockey career on hold, while his Friar teammates, inspired by Drew, went on to win the National Championship in 2015. Drew went back to Providence College to finish his college career as an assistant student coach for the hockey team and received a Bachelor’s of Science degree in 2016.

Drew was one of our Hockey U and skating treadmill instructors and tragically lost his battle with the disease Saturday, November 11, 2017

I know for a fact that Drew touched the lives of many of the Hockey U players and families, as well as all of the kids he trained on the skating treadmill and on the ice. Drew’s passion for hockey and sharing what he knew with others was unparalleled, his positive and upbeat demeanor was contagious. Drew will be sorely missed in the Michigan hockey community.

In the months after his passing, his parents found this essay Drew wrote in July 2011 as part of a school English identity assignment. It speaks to the heart of hockey players everywhere on the desire, sacrifice and hard work to become an elite hockey player.